Every carpet will eventually reach a point in its lifespan where it will require some TLC and the assistance of a trained, professional Chestermere carpet cleaning company. Although pet stains and odors are the worst possible things for a carpet, they are a regular and unavoidable part of family life. Consequently, what is the most effective strategy for safeguarding this priceless asset? Many believe hiring professional Chestermere carpet cleaners to clean their carpets must be way out of their price range. Despite this, We have every reason to think that you will be pleasantly pleased by the low cost of Oxy-Genie Carpet Cleaning Chestermere. Why don’t you give us a call right now at (403) 452-4644, and let’s talk about the cleaning needs you have?

Oxy-genie should be your first pick if you’re looking for a service to clean carpets and eliminate smells caused by pets in Chestermere.
If your flooring is ruined from past rentals, stained by pets, or simply in need of a refresh, Oxy-genie, your local Chestermere carpet cleaning services, has a solution that is well-suited to meet your requirements.
We use a wide range of safe carpet stain removers and can provide solutions for most carpet stains and pet urine odor removal. So, contact us for a quote immediately. 403-452-4644:
Make your carpet cleaning appointment right now.

OUR MOST POPULAR SERVICES in CHESTERMERE, Ab.

Allow Oxy-genie to have a look at your old furniture before you throw it away. Many Chestermere residents are unaware that steam cleaning their furniture is a more practical option, mainly when Oxy-genie carpet cleaning services are used. We can restore your upholstery and restore it to its former splendor.

Oxy-genie Cleaning offers the most effective odor elimination services in Chestermere, Alberta. The beautiful thing about our odor treatment is that it works well in new or old homes, autos, and RVs to remove the stink of funky cigarette smells, food odors, and a range of other bad smells.

Oxy-Genie is your best option if you need your bed or mattresses cleaned in Chestermere. Our cleaning specialists have a ton of experience. They can provide you with a wealth of information on how to maintain and keep your bed clean, including removing pet urine and blood stains and regular steam cleaning of your bedroom furniture.

Lend Your Support to the Local Economy

“When my husband used a different cleaning company In the past, we had a great deal of difficulty with [this]—putting up with the pungent odor of their cleaning products. That is not the case at all. Am very pleased.”

“The team that cleaned our carpets in Chestermere went above and beyond what we thought they would do, and we are thrilled with the results. All our conversations with these guys were good during the whole time we worked with them. He was kind, quick to respond, and professional, making it easy for them to work with him.”

“This is the third instance in which we have used these Chestermere carpet cleaners to steam clean the carpets in our basement, and each time I am amazed by the results. Several cats are actively working to disrupt my family life, rugs, and upholstery. Oxy-Genie exhibited high professionalism and was very easy to work with them. I will make use of them once more shortly.”

Homeowners in Chestermere should have their tiles and grout professionally steam cleaned once per year, according to the recommendations of the services provided by Oxy-genie Carpet Cleaning. However, you may need more frequent cleaning intervals in high-traffic areas, particularly if you have a big family. This is noteworthy to keep in mind if you have animals with you. To give your tiles and grout a fresh look before selling your property in Chestermere, Alberta, you may consider scheduling a professional cleaning beforehand.

Are you looking for a good company that will steam clean your tile and grout lines?

Chestermere, originally named Chestermere Lake, is a city in the Canadian province of Alberta, within Rocky View County. It is largely a commuter town for Calgary and is a member municipality of the Calgary Region. The city, which surrounds Chestermere Lake, was known as Chestermere Lake from 1977 to 1993. By 1992, Chestermere’s population had increased to 1,043 permanent residents. On March 1, 1993, the Summer Village of Chestermere Lake officially changed its status and name to the Town of Chestermere. Becoming a town gave the residents more local and political authority. The town continued developing amenities and services for residents, and its population has grown to 17,203 residents as recorded by its 2014 municipal census. In late 2014, the town council voted in favor of pursuing city status, which became effective January 1, 2015. 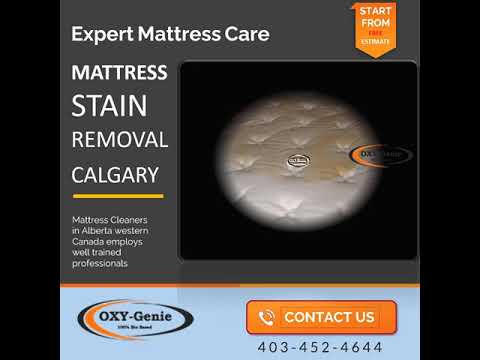 Our team highly recommends Oxy-genie Carpet Cleaning Service Inc. as the company that can make your old upholstery look new. That is what OxyGenie Ken and the rest of his team accomplished for us. They came through for us in a big way.

My wife and I cannot sing your praises enough—Ken at Oxy-Genie Chestermere carpet cleaning services in Alberta. Ken is a carpet cleaner with substantial knowledge, including an in-depth grasp of the cleaning procedure for wool fabrics, and we couldn’t be happier with his work. He also had a pleasant personality, was patient, and positively looked at things.

We had Oxy-Genie Ken and his crew steam clean our single-family house recently. Carpet cleaning was required in three bedrooms, corridors, and the stairwell. Going into this job, we were worried about wine stains in our master bedroom’s white shag carpet; Ken was considerate of this and effortlessly addressed all of our concerns.

While purchasing our new house on Rainbow Road South in Chestermere, my spouse and I used the services of Chestermere Oxy-Genie Carpet Cleaning Services Inc. To say that we were satisfied with the results of Ken’s hard work and devotion would be an understatement. Ken was a good communicator at every stage of the steam carpet cleaning process, which made for a reasonably stress-free experience overall. We want to express our gratitude to Oxy Inc. and look forward to continuing our partnership in the coming years. 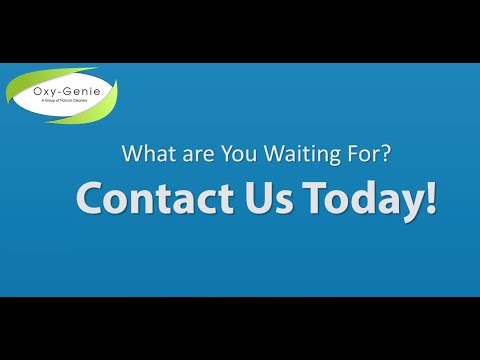